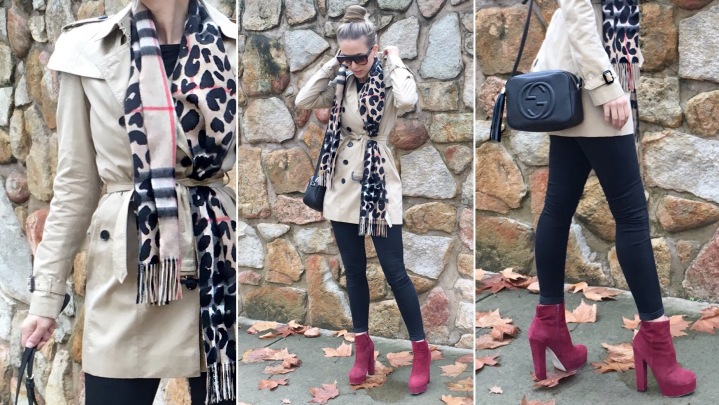 I know a lot of you reading this will probably be sitting thinking what exactly is ‘designer shaming’?? Well, I will tell you by way of a story. I was recently sitting at work when a manager came over to me and as I was buzzing about doing things, I noticed he was eyeing off my Burberry Trench which was hanging on the back of my desk chair. I didn’t think much of this until he started touching at it (yes, at it), this continued harmlessly for a minute and he was now checking the label, he then asked,

“is this real Burberry?”

I was a little insulted – as I don’t believe in buying, wearing or owning fakes, but in a bid to remain calm and be polite I laughed it off and just said “yes of course, isn’t she pretty!” – I know its just a trench coat, but this is a particularly beautiful one, (I think) it has cape detailing on the shoulders and is really quite chic.

He was not buying it, he kept on at me, “no its not!”, “it isn’t really”, “where did you get it?” he was now all out analysing the coat, checking the buttons, thoroughly scrutinising the label and then he said it, flat out “ok, well how much did you pay for it?”, I told him as a natural reaction exactly what the coat cost, $2295.00 because generally I am actually very happy to discuss prices whether its a bargain find (I have a pair of $69 Zara boots from 2012 that I am yet to wear without receiving a compliment on – and I love sharing that gem with people) or my designer stuff that I squirrelled away all my pennies to buy. “for a coat!” he says…. this went on for a while and about a week later he had accepted that it was real and that it is a lovely coat.

But that day as I walked away from this interaction I started to feel more and more sad. Sad yeah, a little because someone had just made me convince them that my beautiful and special Burberry Trench was not a fake. But more because I felt judged for how I choose to spend my money. I phoned my shopping junkie girlfriend Jaimie to explain my sadness and she told me right there “he totally designer shamed you!” and proceeded to tell me several tales of this happening to her and remind me of several other occasions it had happened to me. I spent the next few days really wondering, why do people do this??

The thing is, I do choose to wear most of my money and a lot of people out there cannot fathom doing that themselves and could never understand spending $2000 plus on one item of clothing. But for those of us who do whether it be once, twice or forty times over, these items are special. I spend a lot of time thinking about my special pieces before I decide on exactly which one I want, I also work really hard to save my pennies for them and yes, occasionally I do miss out on some things to get there but I don’t mind because I am working toward a bigger goal and thats my choice. And that feeling you get when you have saved enough pennies to buy those shoes, its euphoric, and the euphoria continues as you make your purchase and as you get them home and every time you wear them. I find it to be a little like wearing really beautiful underwear – it doesn’t matter if no one else sees them or knows they’re there, I know I’m wearing them, they feel luxe and it makes me feel extra special and really we shouldn’t be letting anyone throw shadow on anything that makes us feel special.

I cannot help but wonder when it will feel safe to travel again.. even as things have opened up in Australia and I love traveling and adventures I find myself hesitant to venture off.. has anyone else felt this internal pull back? 💙 #incredibleindia #indiansummer #camillawithlove #travelphotography #solotravel #traveltheworld #jaipur
Merry Christmas from my teeny tiny family to yours x 🐾 (swipe to see her already copying mammas go to pose 🙊) #merrychristmas #christmas2021
Last weekend in Aireys Inlet.. staying in the cutest little heritage house. It was so nice to get away for my birthday.. #aireysinletlighthouse #splitpointlighthouse #aireysinlet #visitvictoria #greatoceanroad #holidayherethisyear
Spend time in your birthday suit. Go outside in it. Love it. #selflove #birthdaygirl #birthdaysuit #yogalove #beachyoga #greatoceanroad
One of my favorite days. Completely spontaneously, @jacwill17 & I threw our tails in the car, scooped up the beautiful @angelinaventurellaphoto & @beautyxsophierose who we met the day before and drove the #greatoceanroad 14 degrees and patchy rain but it was the best fun, we had all the magical beaches to ourselves and as I remember the many laughs and the cold sand everywhere I am smiling. It was perfect. #mermaids #holidayherethisyear #australia
Can’t wait to explore the world again.. I think I’m braver when I’m traveling.. is that a thing? #incredibleindia #damestravel #cheekymonkey #monkeytemple